We left by train from Prague, as soon as we crossed the border into Germany I was able to see a big change, the villages outside became more organised and clean looking, I could see why Germany is a first world country. I confirmed it when we arrived to Berlin’s Central Train Station. It was huge, very modern, with lots of ads and stores everywhere. 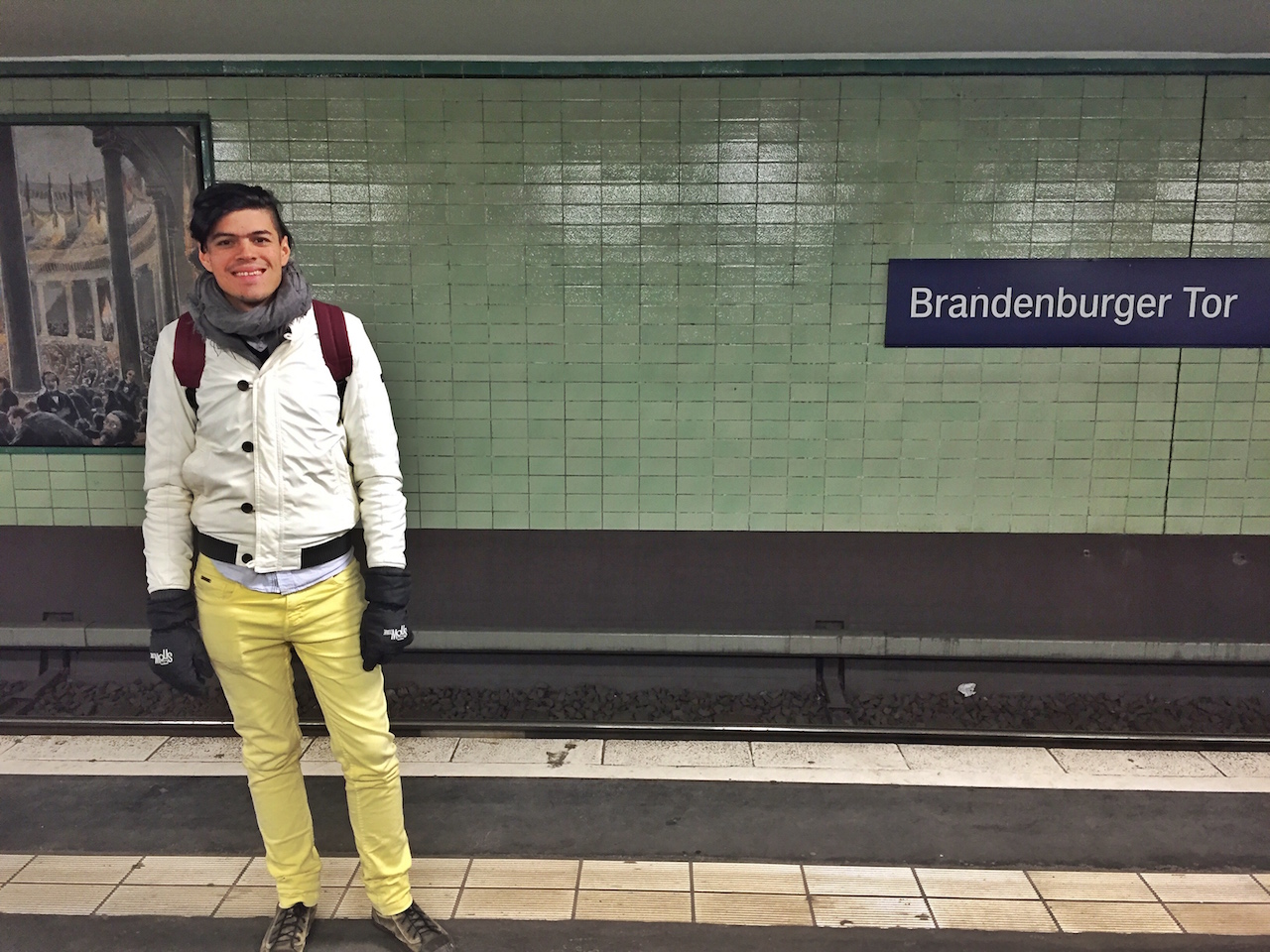 The subway was nice also, we traveled all the way to our airbnb booking. A nice apartment belonging to a french guy who’s been living in Berlin for ten years. We were surprised when he started speaking in spanish, he actually lived in Mexico City for a few years! Thank god, ’cause I only know a few words in german. He was a great host, he told us the best places to visit and recommended us walking tours to take the most of our little time in the big german capital.

The weather was -1°C freezing cold, but I was feeling so excited. The city looks very american due to the fact that is was almost completely destroyed on world war II. Modern wide streets, big buildings, nice cars (Lots of Mercedes obviously) and constructions everywhere. Definitely my kind of city. 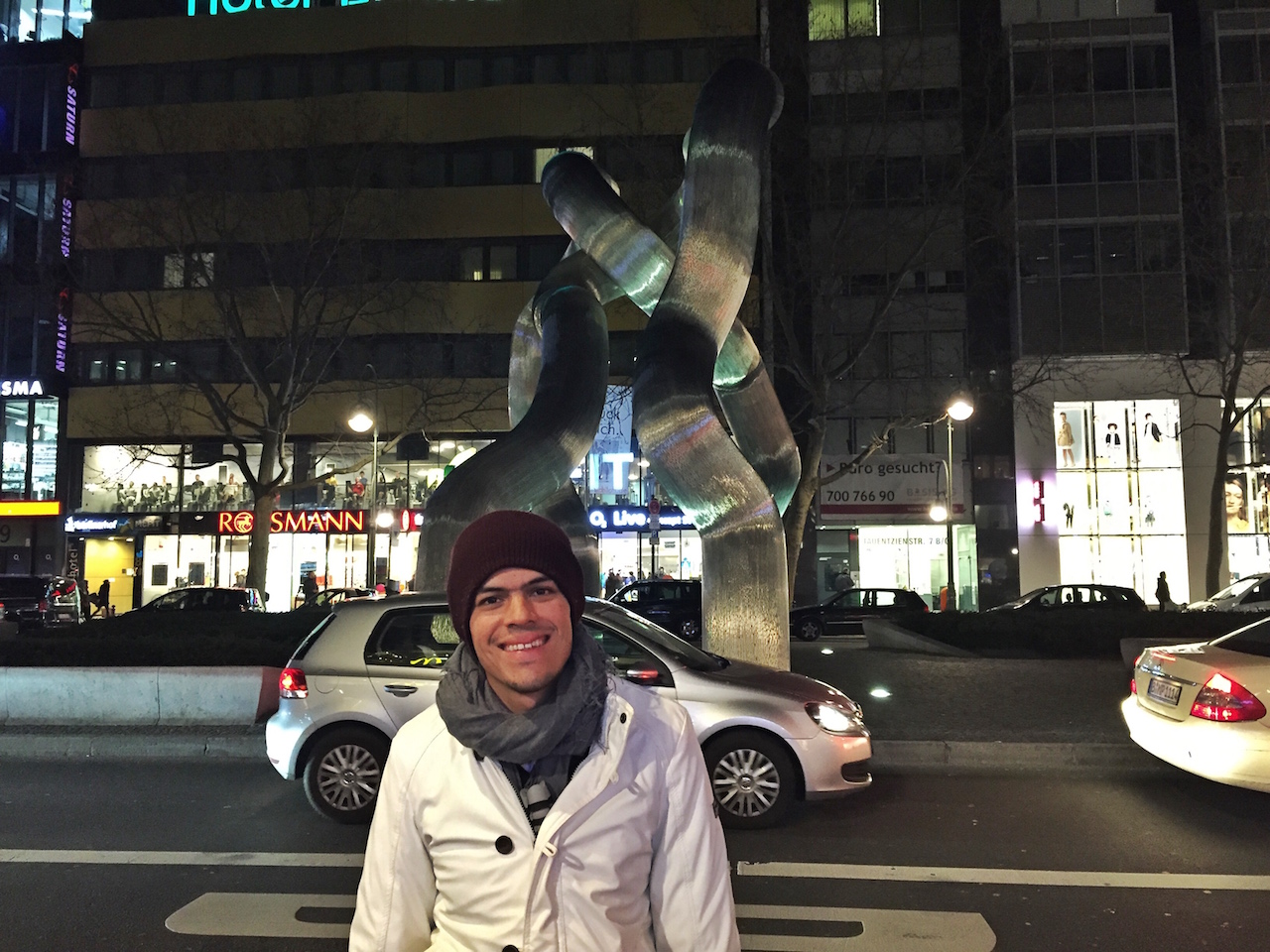 We took the subway again. Tickets can be bought from automated machines, then validated in another machine in order to ride. Funny thing is that there’s no ticket control to board, so anyone could easily ride for free, illegally of course. We walked along Tauentzienstrasse, making a stop at a huge Lego store! I wanted to buy everything, but when traveling, you have to keep your luggage light. 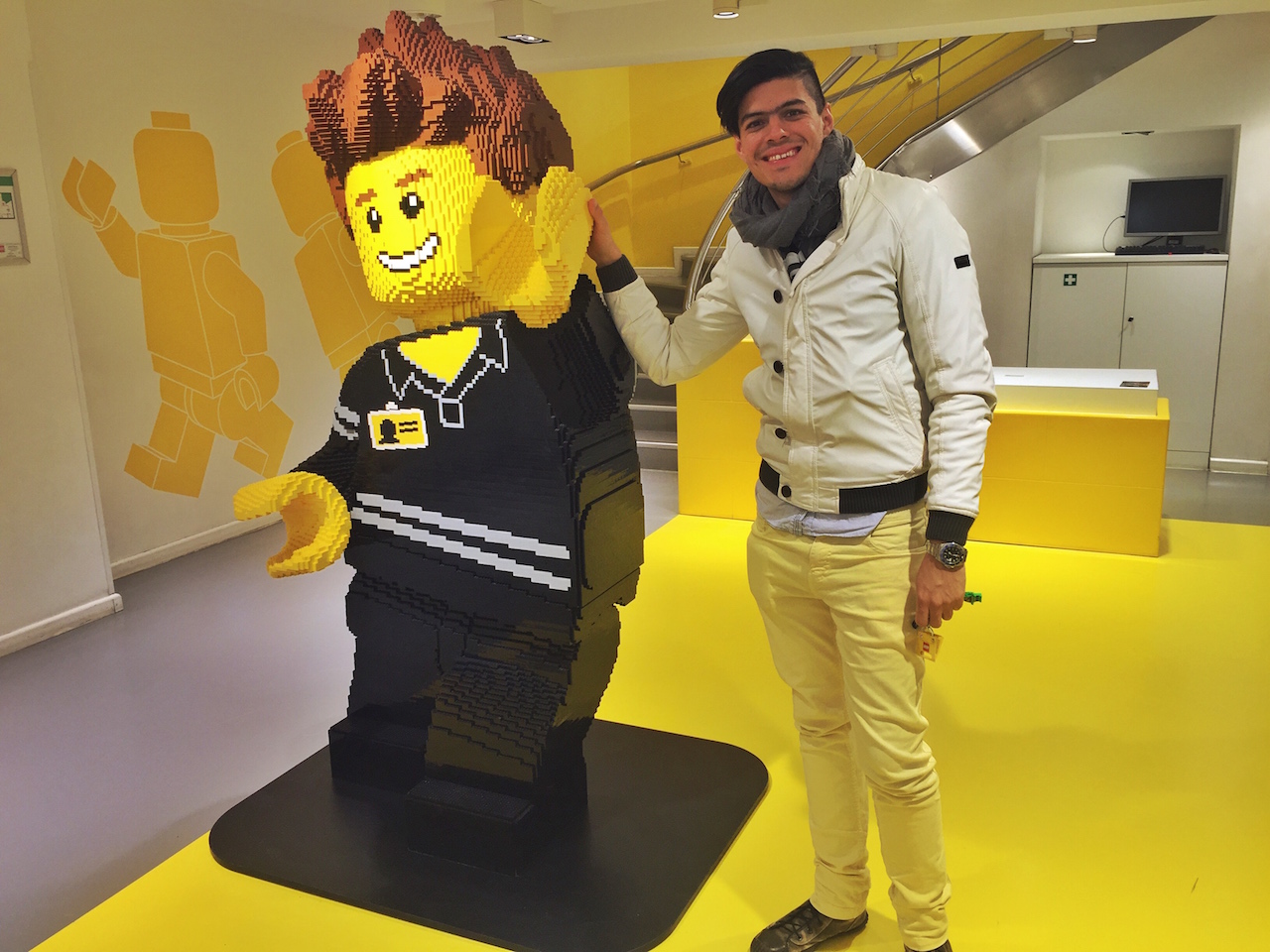 Then we entered to KaDeWe shops, a seven story department store so fancy I was feeling like a rich guy. It was much better than Harrods in London. We actually went there because our airbnb host recommended to eat on the top floor. Best thing ever! The fanciest food court. We had an authentic german dinner with sausages and beer! 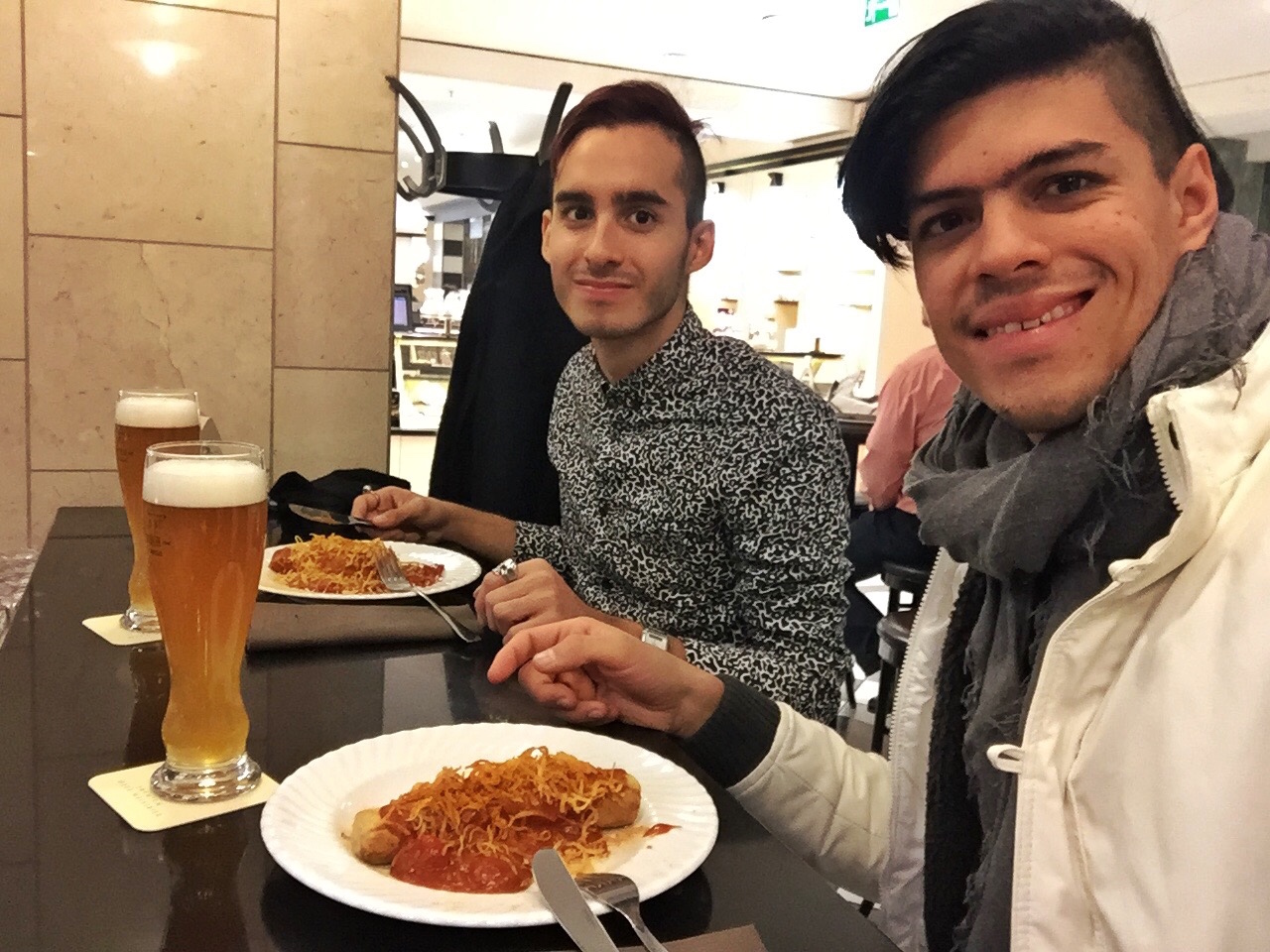 Even though it was a monday night, Berlin screamed party! So we went to Monkey Bar, at the roof top of 25Hour Hotel. The place was full. The view was incredible, the atmosphere was trendy, chic and a little bit hipster. The music was slow, eclectic and sexy. It was the perfect ‘welcome to Germany’ night. 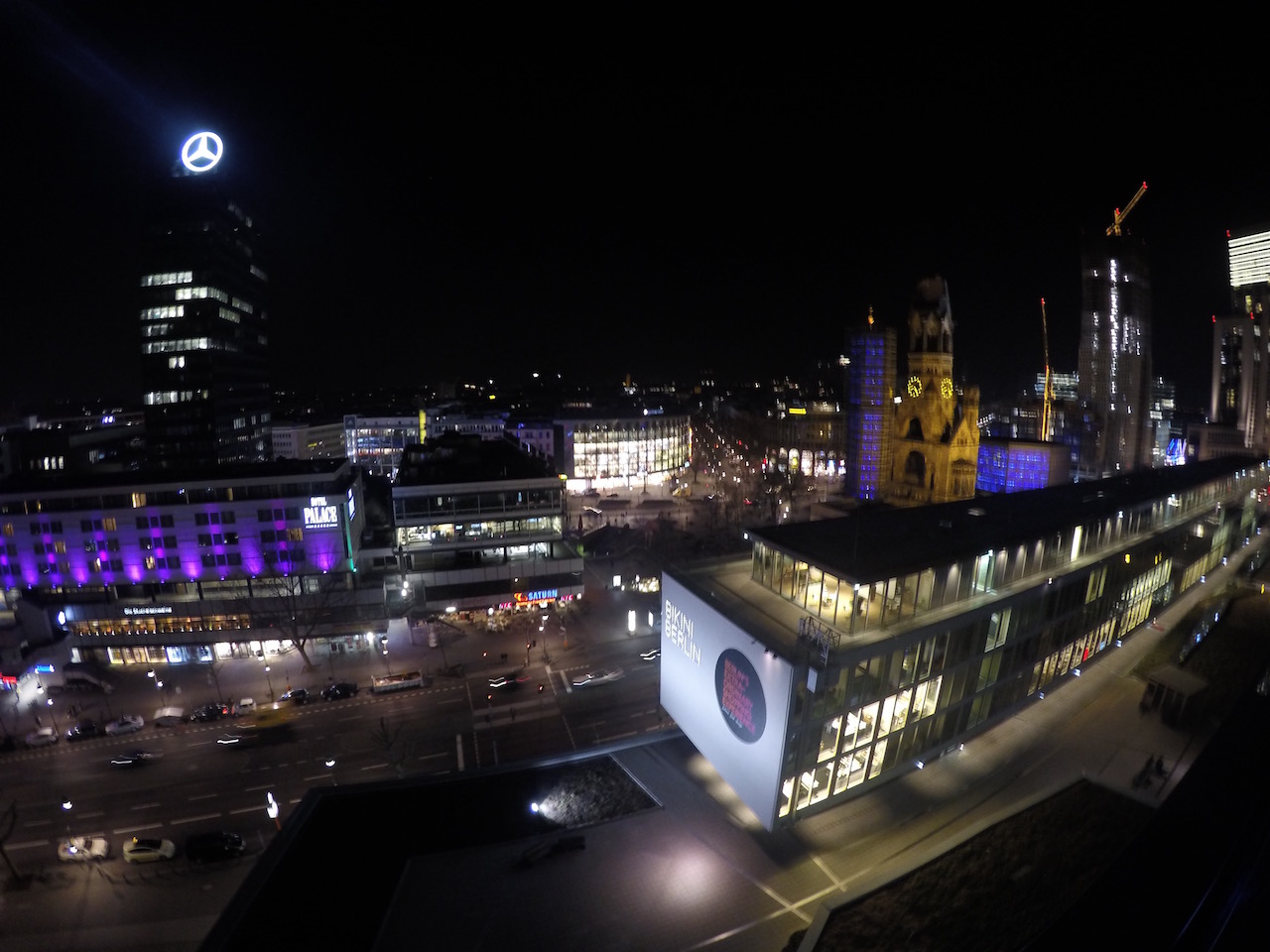 In the morning we were ready to start sightseeing. We went to Brandenburger Tor in order to take a free walking tour. The meeting point was next to a Starbucks, just in front of Berlin’s gate, which I was excited to see! There we met our tour guide Andres. A very eloquent Argentinean. 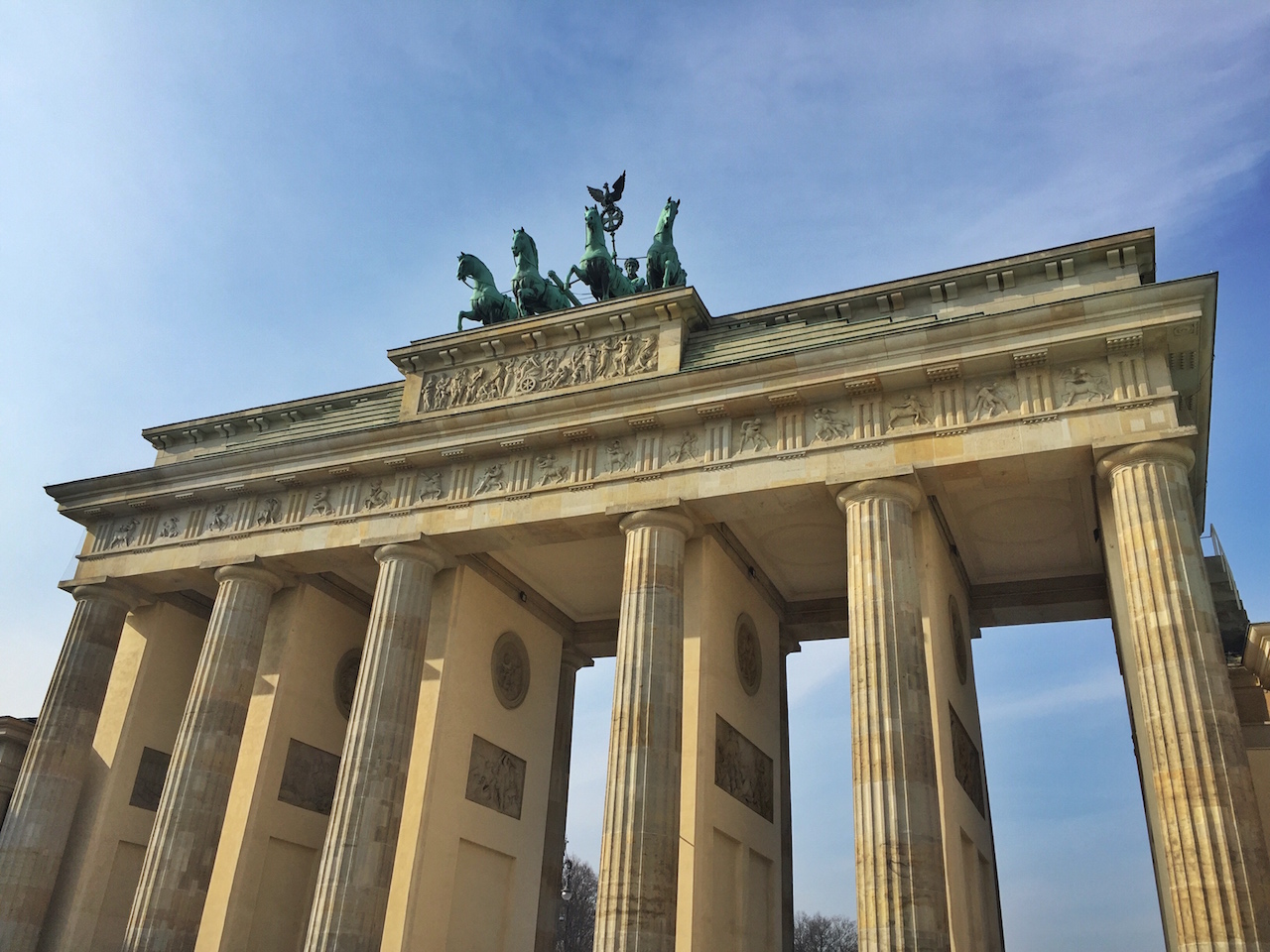 He took us to all the main historic sites in Berlin: Reichstag, Holocaust Memorial, Hitler’s Bunker, Goering’s AirForce Headquarters, Topography of Terror Museum, Checkpoint Charlie, The German Cathedral, St. Hedwig Cathedral, and ended the tour in Bebelplatz. We covered lots of places in just 3 hours! Of course I knew about german history, but seeing it and feeling it closely was quite different! 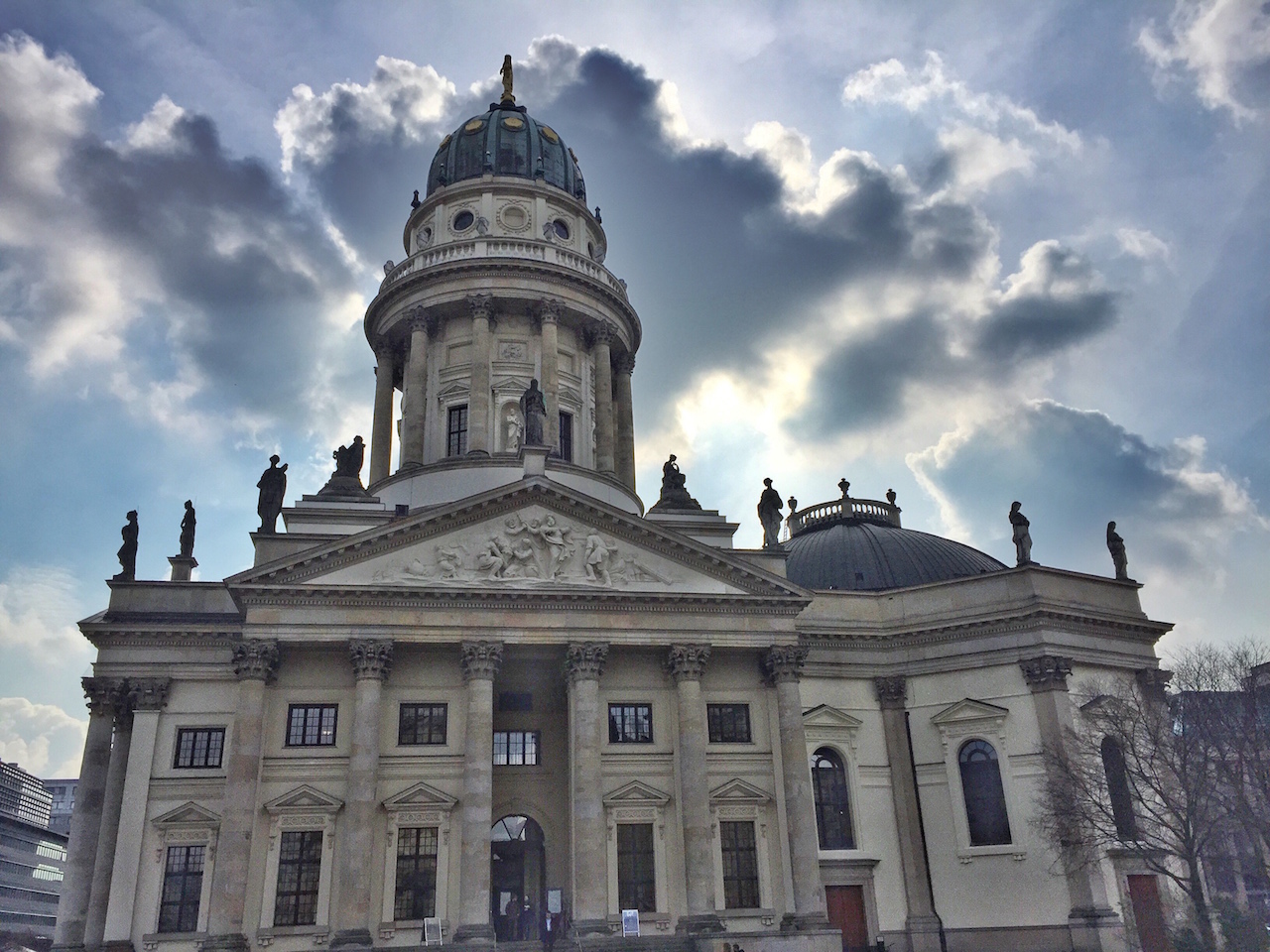 After the guided tour we kept sightseeing on our own. We had lunch at a fancy restaurant called Reinhard’s, where albert had the famous dish Eisbein, for me it was disgusting, but Albert enjoyed it. 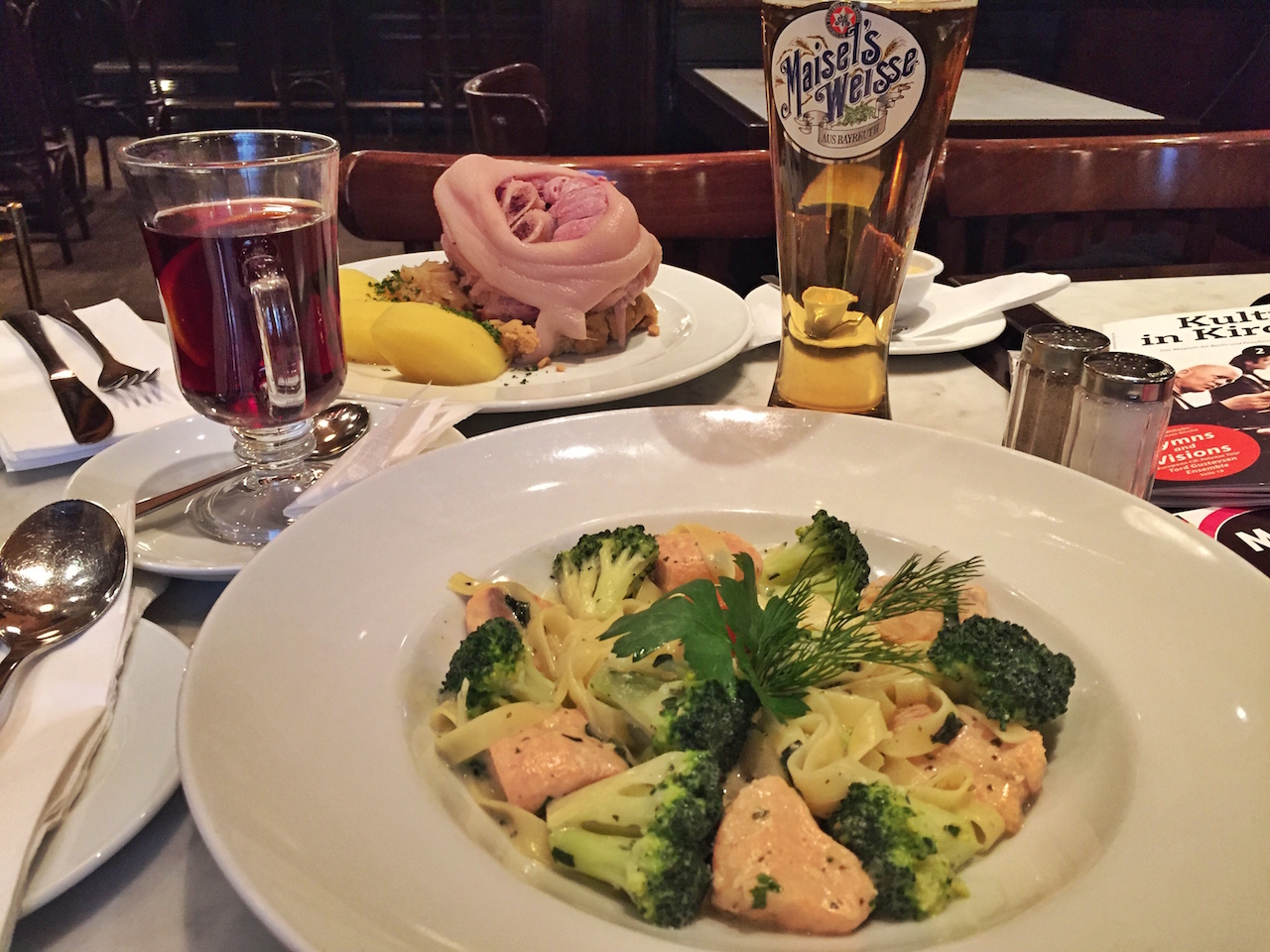 Then we saw the TV station and walked through Karl-Marx-Alee until we reached another part of Berlin’s Wall that has lots of graffitis. Some were really cool. We stopped by a vegan cafe/supermarket, they sell everything you can imagine! I would become a vegan in a second if I had all that variety in Cancun. 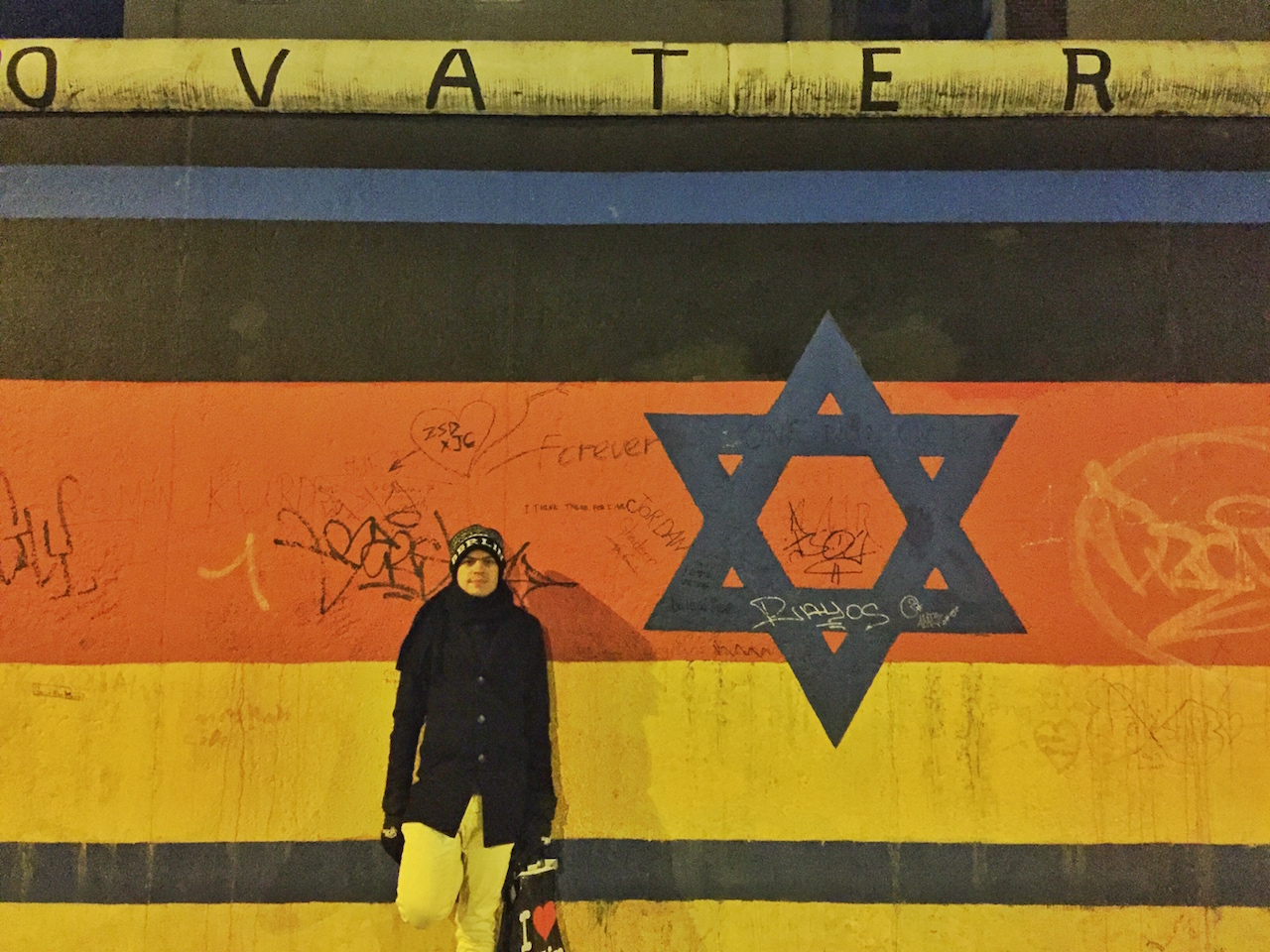 It was almost 10pm and after being outside all day we were ready to sleep, we had to wake up early and catch a plane to our next stop: Amsterdam.