Is it better to stay at a Hotel or Airbnb in Havana?

Hotel or Airbnb in Havana?

I’ve been to Cuba two different times and had the chance to enjoy both of experiences, staying at a Hotel and at an Airbnb. Each was completely different and I actually liked both, but if I go back again, which would I choose?

For those of you who don’t know, Airbnb started operations in Cuba a bit more than two years ago. Many Cubans rushed to upload their listings because for them it’s a very good source of money (Most Cubans earn $20 USD per month on a regular job). So the first time I visited Havana I was eager to try it out. 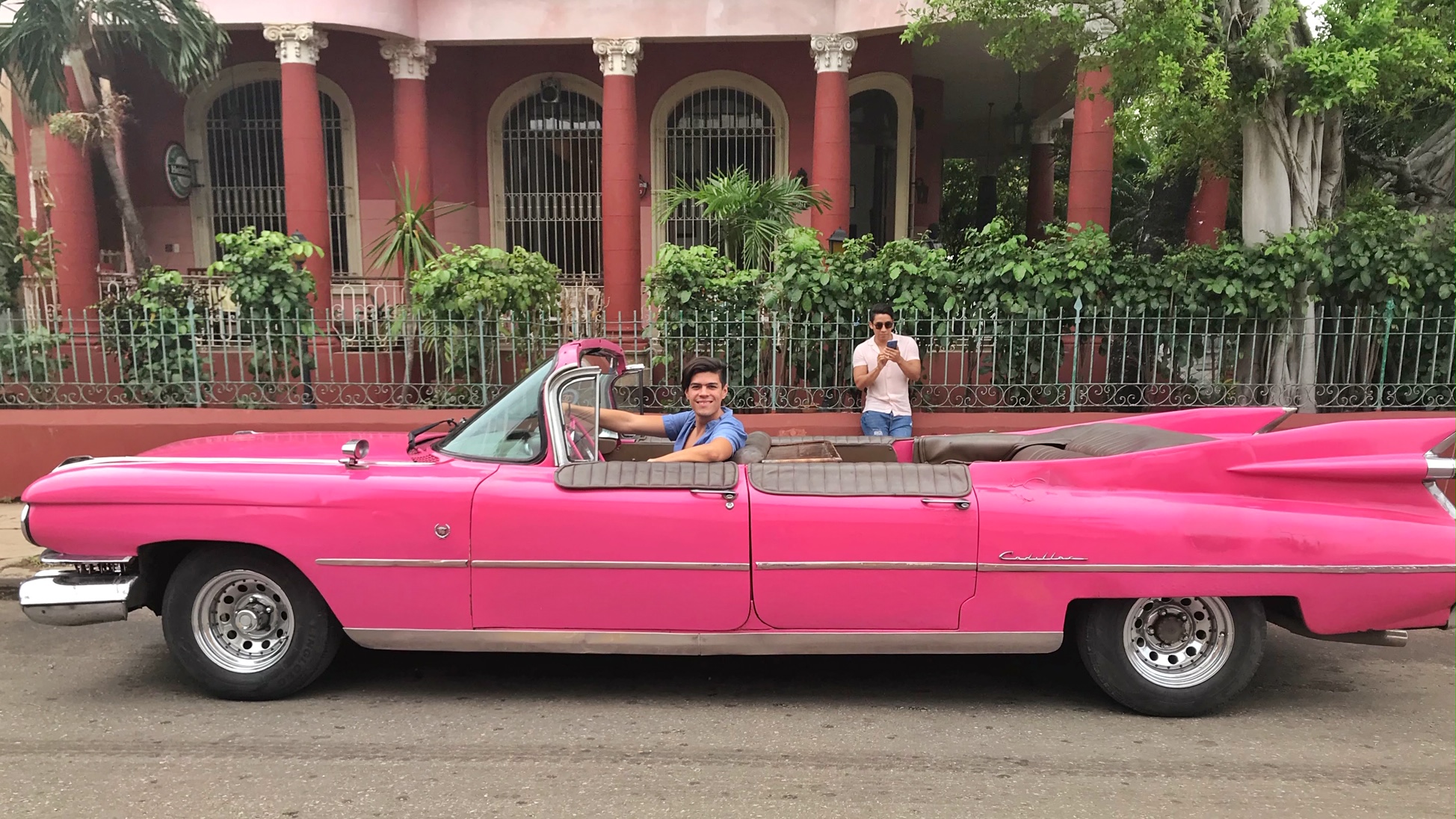 When I started looking for one I was surprised to see that most of them have been remodeled to serve as an Airbnb and they look really good! Also, they are cheap and, in my opinion, most of them are good value for money. So I chose one located right in the center of Old Havana, mostly because I wanted to get the real Cuban experience.

And so I did! I arrived on a rainy day in October and at first, I was a little scared because the building looked really old and deteriorated, but once inside it was exactly like in the pictures. The Airbnb apartment had everything I could need, air condition, bathroom, kitchen, etc. (No wifi, but that’s normal in Cuba) Even though the area looked a little bit creepy, especially at night, Havana is extremely safe, so I didn’t worry walking around at any hour. Which I did a lot since everything worth seeing was super close. 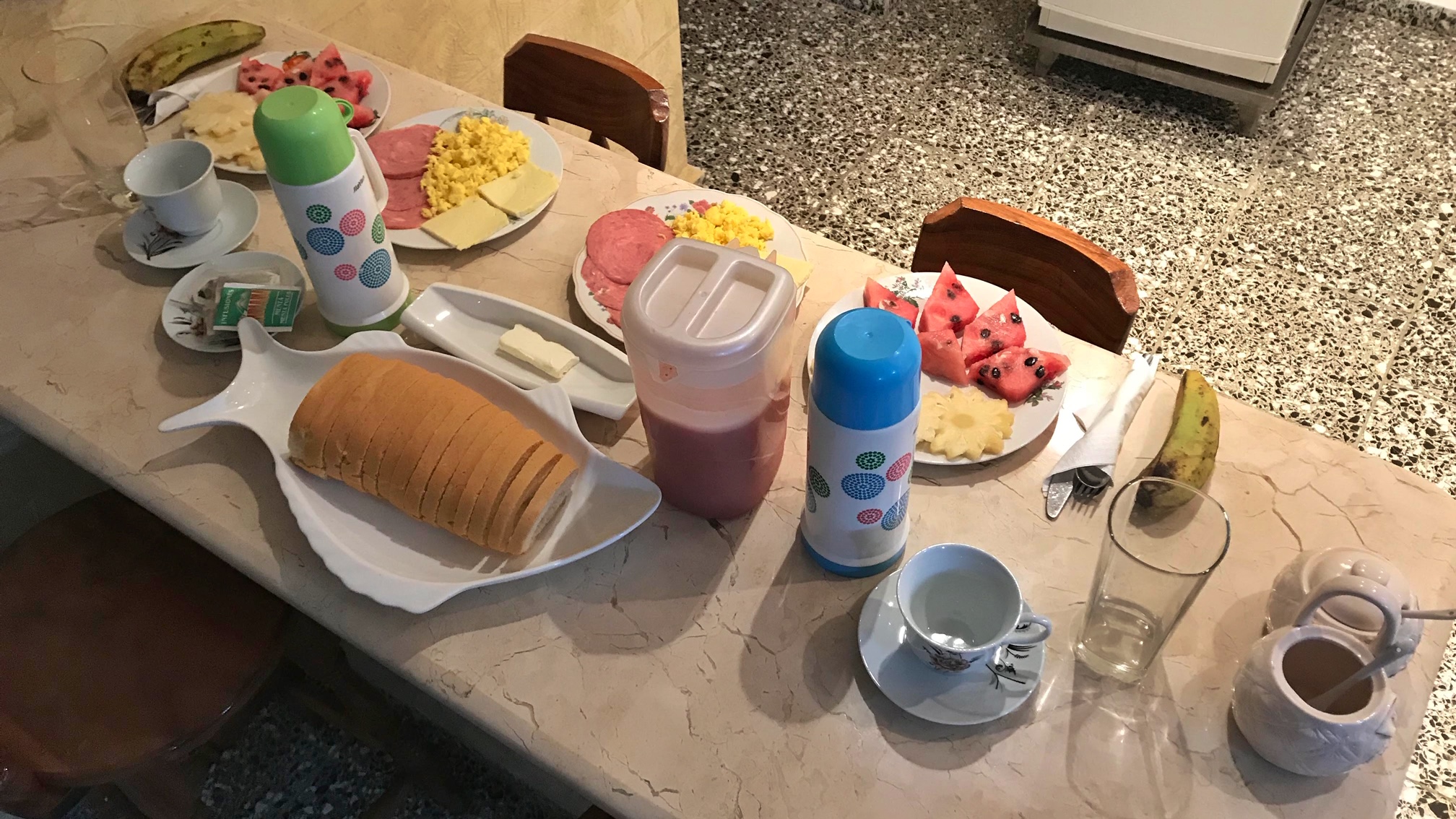 My host was a really nice guy that told me where to go and what to do. He arranged a nice breakfast at home for only 5 USD and also helped me get a cab back to the airport at the end of my trip.

The second time I decided to have a new experience by staying at a hotel. Most of them are in the Vedado and Miramar areas. I stayed at the H10 Panorama, in Miramar, which is one of the fanciest residential areas of Havana. I went to Quinta Avenida, it was a nice walk and I get to see all the embassies and gorgeous houses. But that was the only thing to do on a walkable distance. For everything else I had to get a cab, most of them starting from 10 USD per ride. 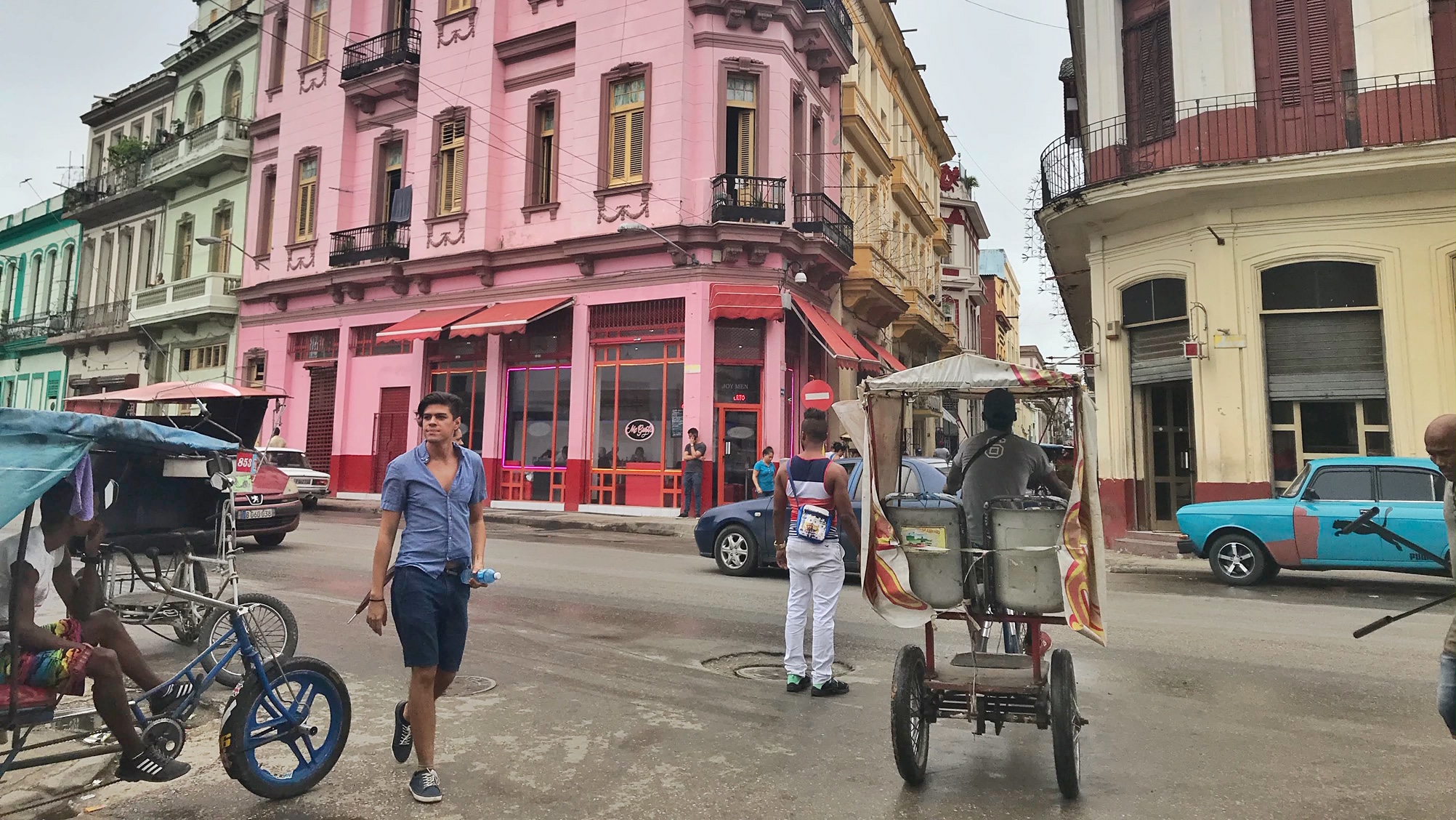 The hotel was nice, kind of outdated, but that’s what you expect when traveling to Cuba. Beds were old, as the sheets and towels. There was wifi in the lobby but you need a 1 dollar per one hour card. The room had a very cool view of the ocean, but it had no beach. There was a big pool which I didn’t swim in because the weather was not favorable.

Breakfast was included. Food is not usually good in Cuba but at least it was a buffet. I was impressed by the good flavors in the Italian restaurant next to the lobby. The service of all the hotel’s staff was truly excellent. 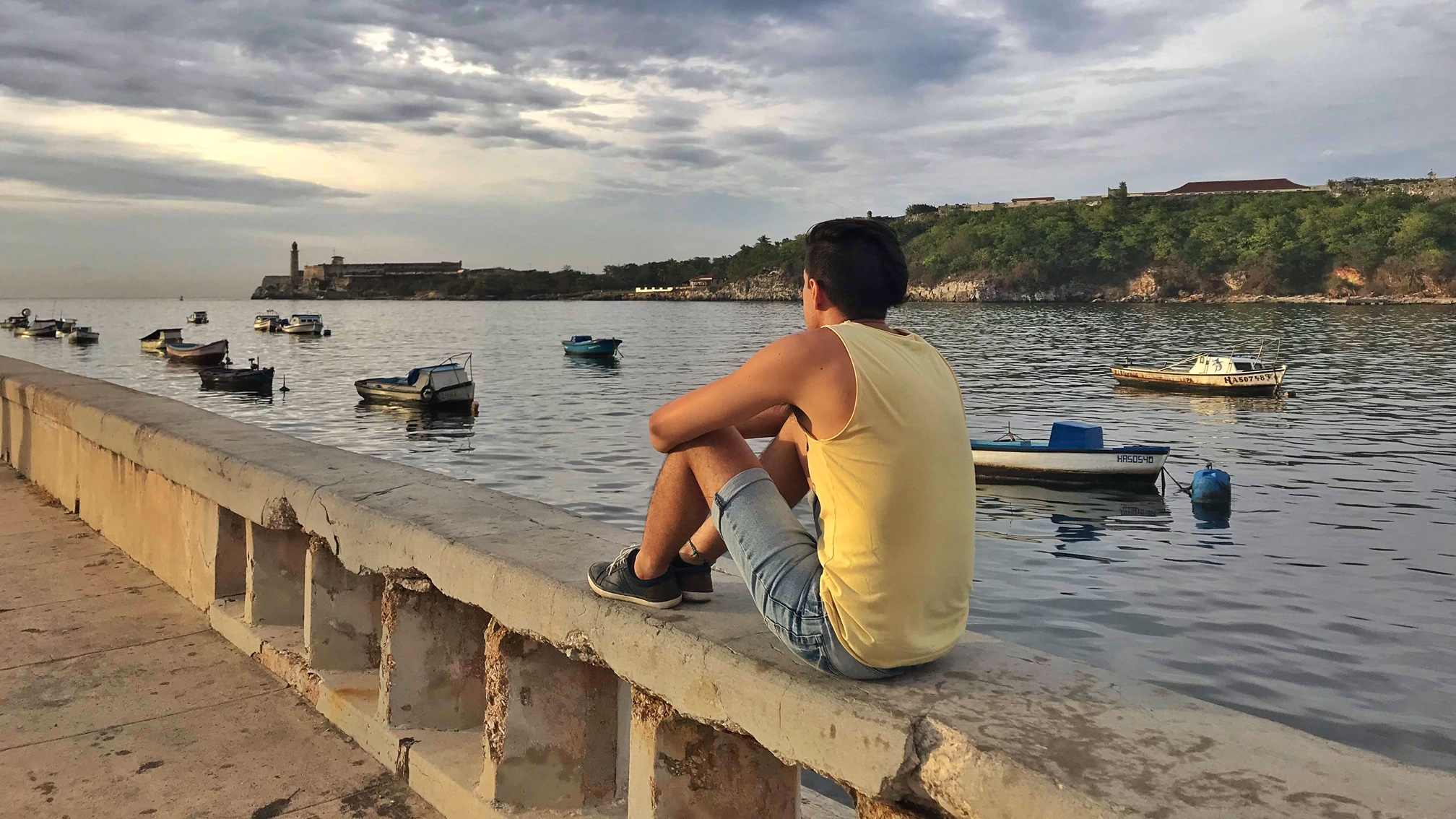 So if I go back again, which would I choose? Hotel or Airbnb in Havana? The answer is Airbnb, but that’s mainly because I prefer a more local experience. To make your decision easier, here’s a list of things you should keep in mind.

Stay at an Airbnb if you:

Stay at a Hotel if you: 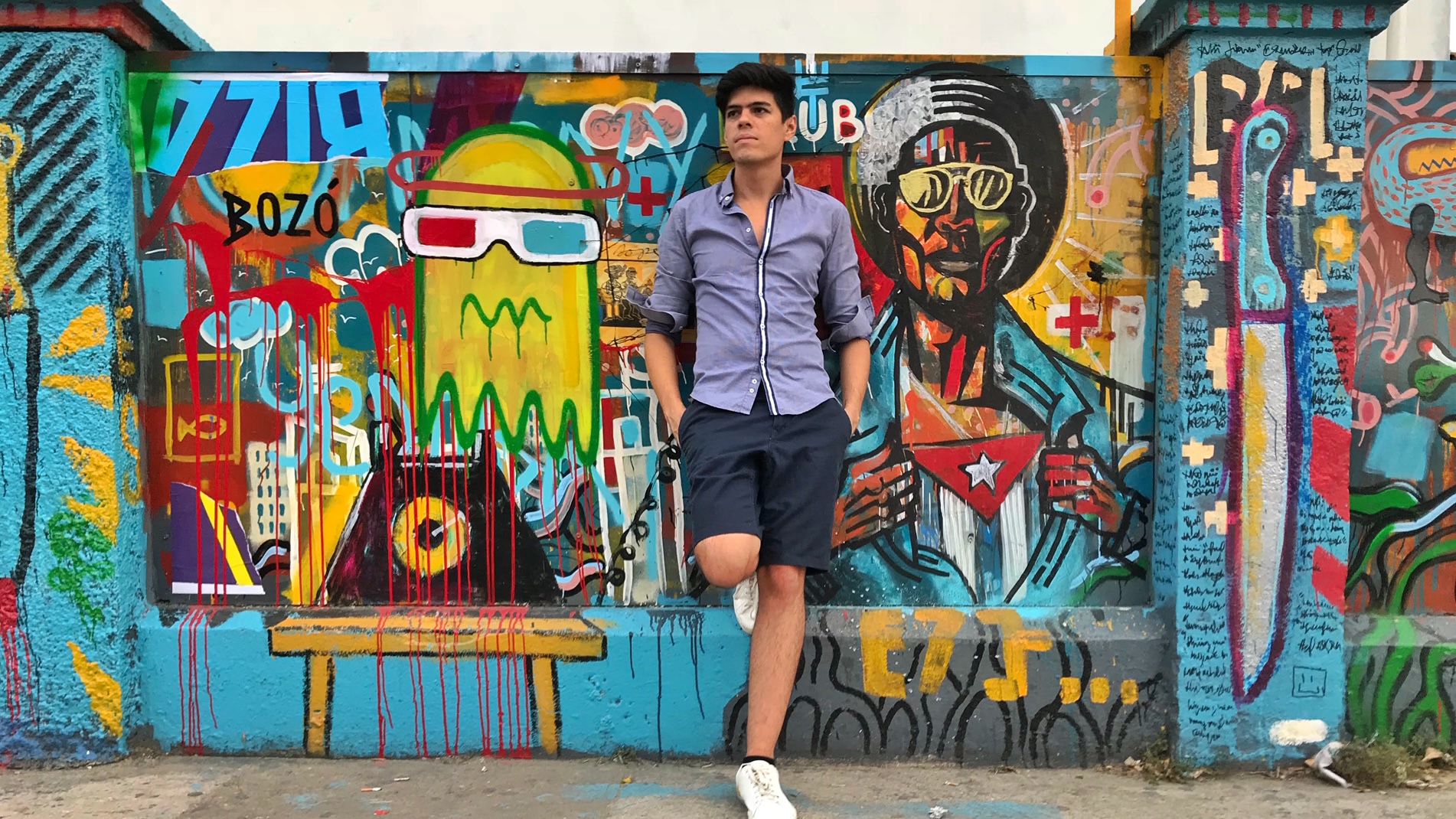 Regardless if you chose a Hotel or Airbnb in Havana, I’m sure that you will love Cuba as much as I do. Please share your thoughts with me by leaving a comment below and tag me @friendlytouring on your Instagram pics!